Akustone brings you a quality and comfortable way to heat your home. Our story of the development of soapstone stoves and the path to becoming the first Czech manufacturer was certainly not short and simple.

What was our motivation? How did the idea to produce these stoves in the Czech Republic come about and what are our values based upon?

You can find out more in our short story below. 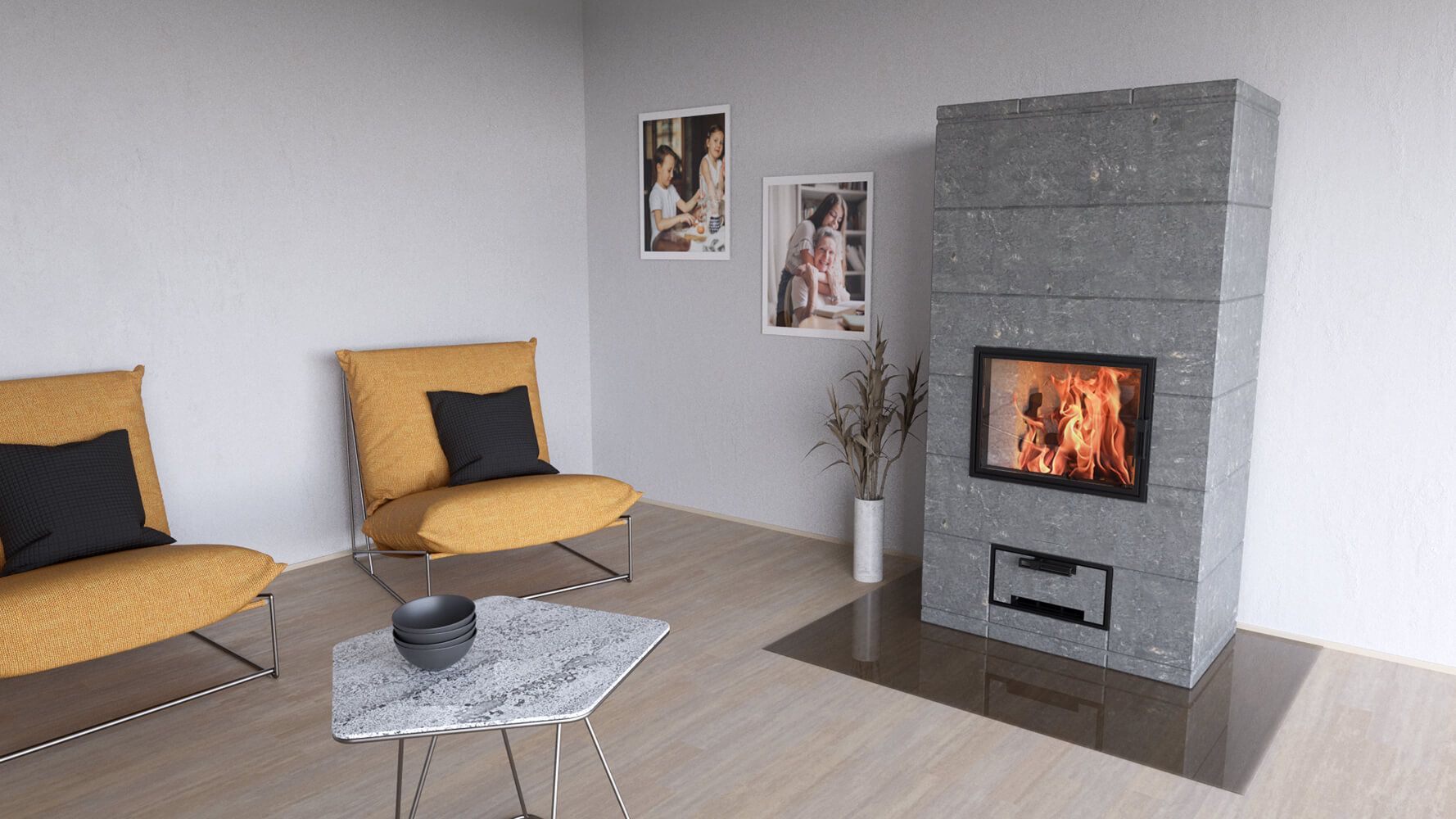 A new phase of our story is just beginning

The team is formed and fit, we are launching our first F and I design series. The factories and workshops are finally working, producing our new models at 100 % and the demand for them is incredible. A new era of our story is beginning and you can be part of it.
covid time

Well, that came at a really bad time. It’s holding us back, but we are not letting up! We are working on improving the design of the doors and other accessories.
spring 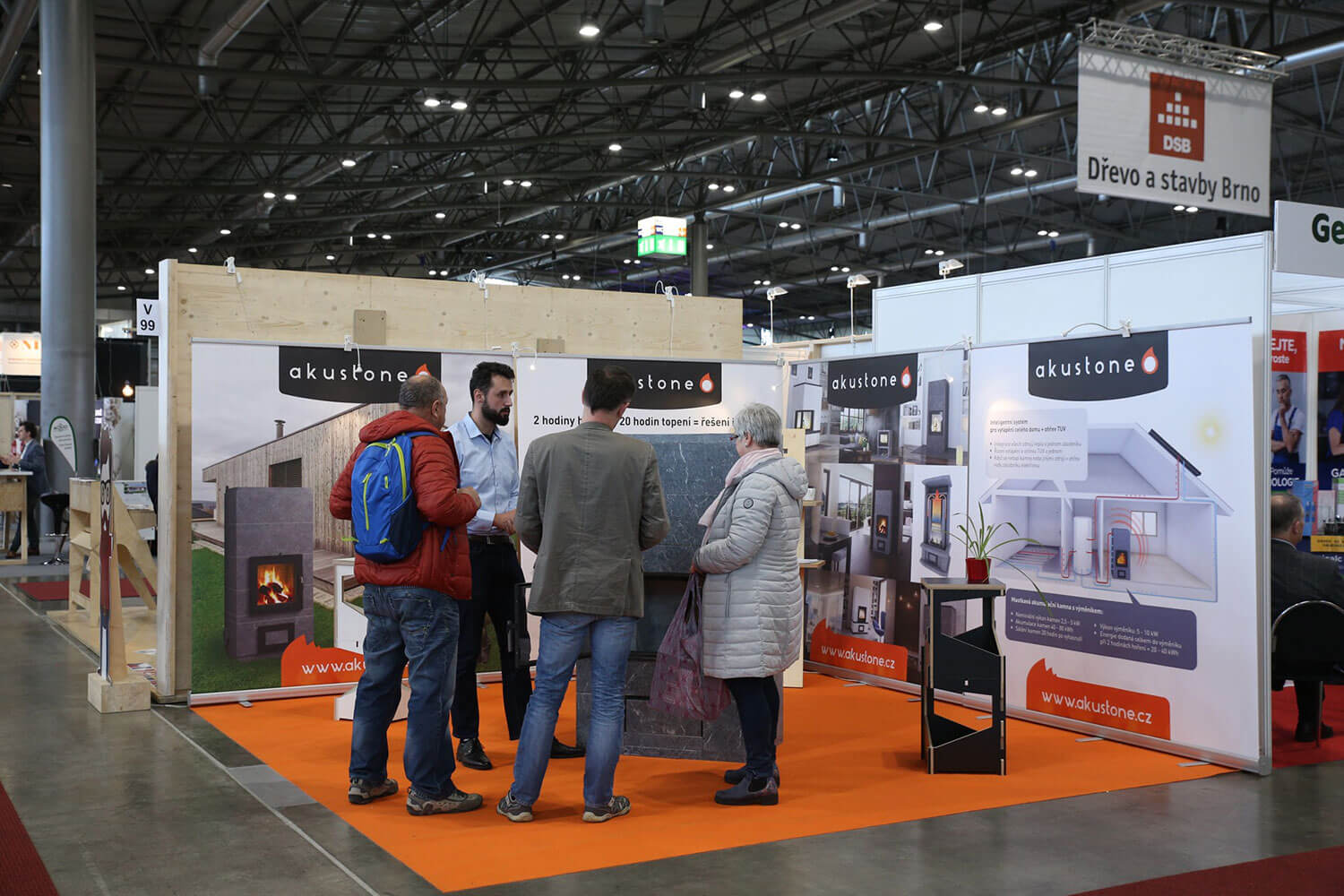 Our clients put their trust in us and the new models, and so we are eager to not let them down. This is the final game, we are going all-in. And when it looks lost, all the effort finally pays off. The dream turns into reality and Akustone becomes the first Czech manufacturer of soapstone stoves!!! At last we are going to building and construction trade fairs with our new models.

Meanwhile, testing continues and our stoves meet the world’s most stringent standards.

The return of the lost son!

A new wave of fervour is coming. Jakub is back, the team is back together and things are starting to happen. We are testing in the testing room!

After 1000 hours of work, the rose-tinted glasses are lost. Jakub is at a crossroads in his life and wants to go in a different direction. The future of Akustone and our new models is uncertain. Jakub is leaving the project…

The thirteen hundred and fifty-eighth situation occurs when something goes wrong. Working day and night, we are innovating our technologies and finding the right path.
spring 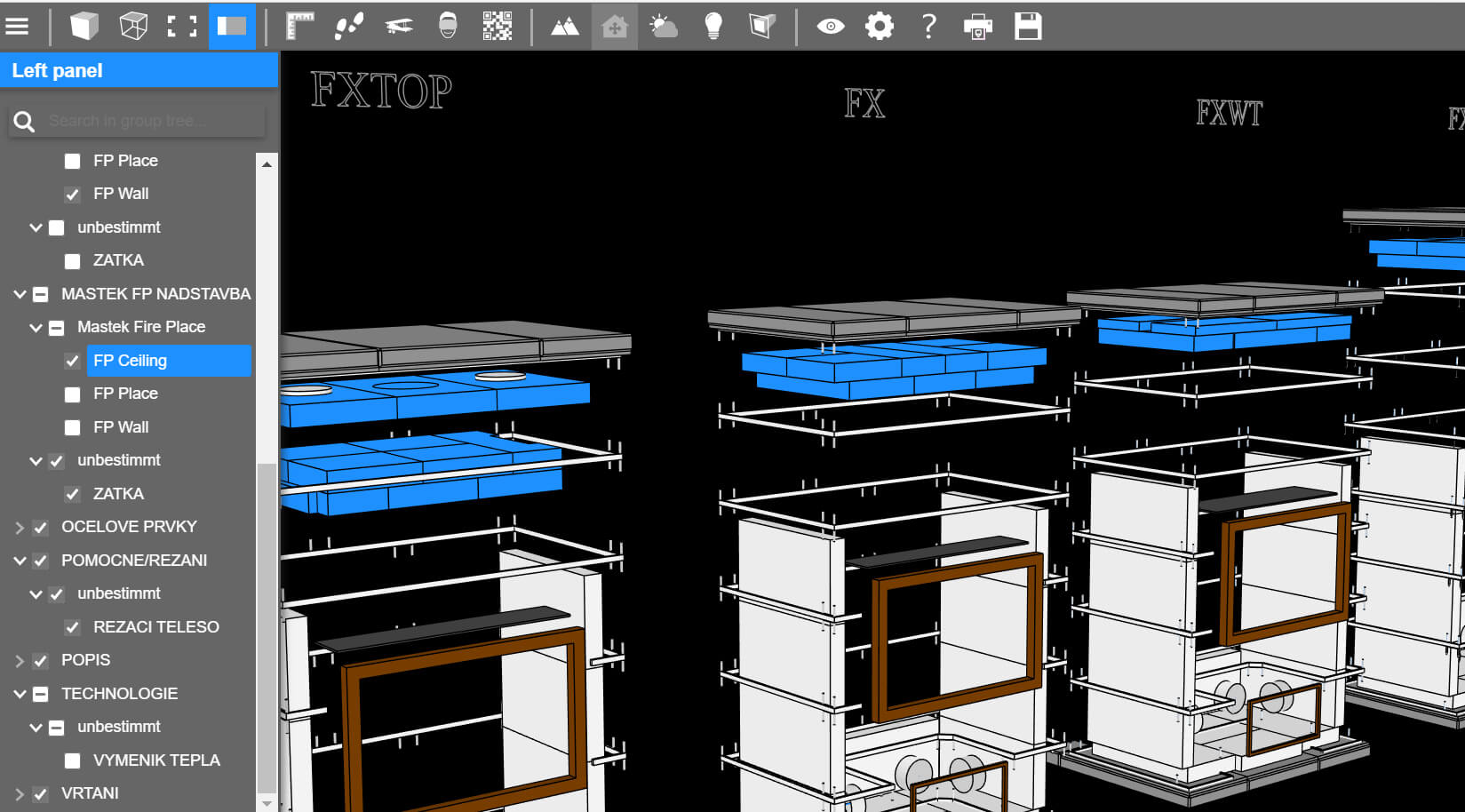 Starting our own development

The next meeting of Michal and Jakub in Rýmařov takes an (un)expected direction. It is decided! We are starting, in joint effort, the development of our own project. The first realistic features of future stove models are emerging. The enthusiasm and happiness of a newcomer only accelerates everything. Rose-tinted glasses is what we wear now.

Years of searching for a partner

For more than 5 years Michal Šopík was trying to find a manufacturer of soapstone stoves who would hear my plea and create a stove according to the requirements and experience of the residential users. This mission resulted in a few realizations, but eventually convinced Michal that he would have to do it in a different way.
autumn 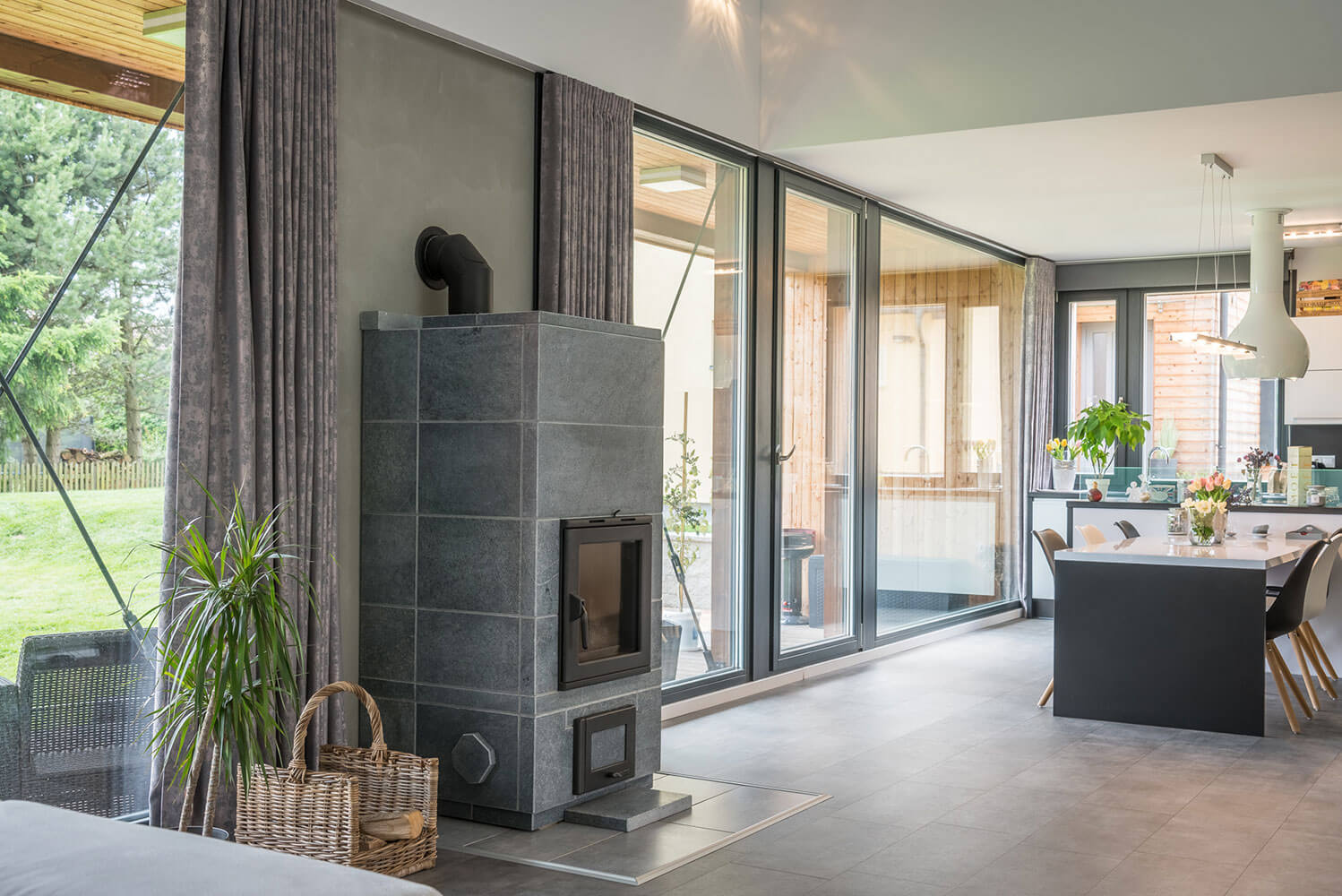 Meeting of Michal and Jakub Fojtík,

a student in his last year of studies at a university. Over a couple of dewy pints of Pilsner, they find common themes—renewable energy resources, the future of technology for family homes, heating and soapstone stoves.
2013 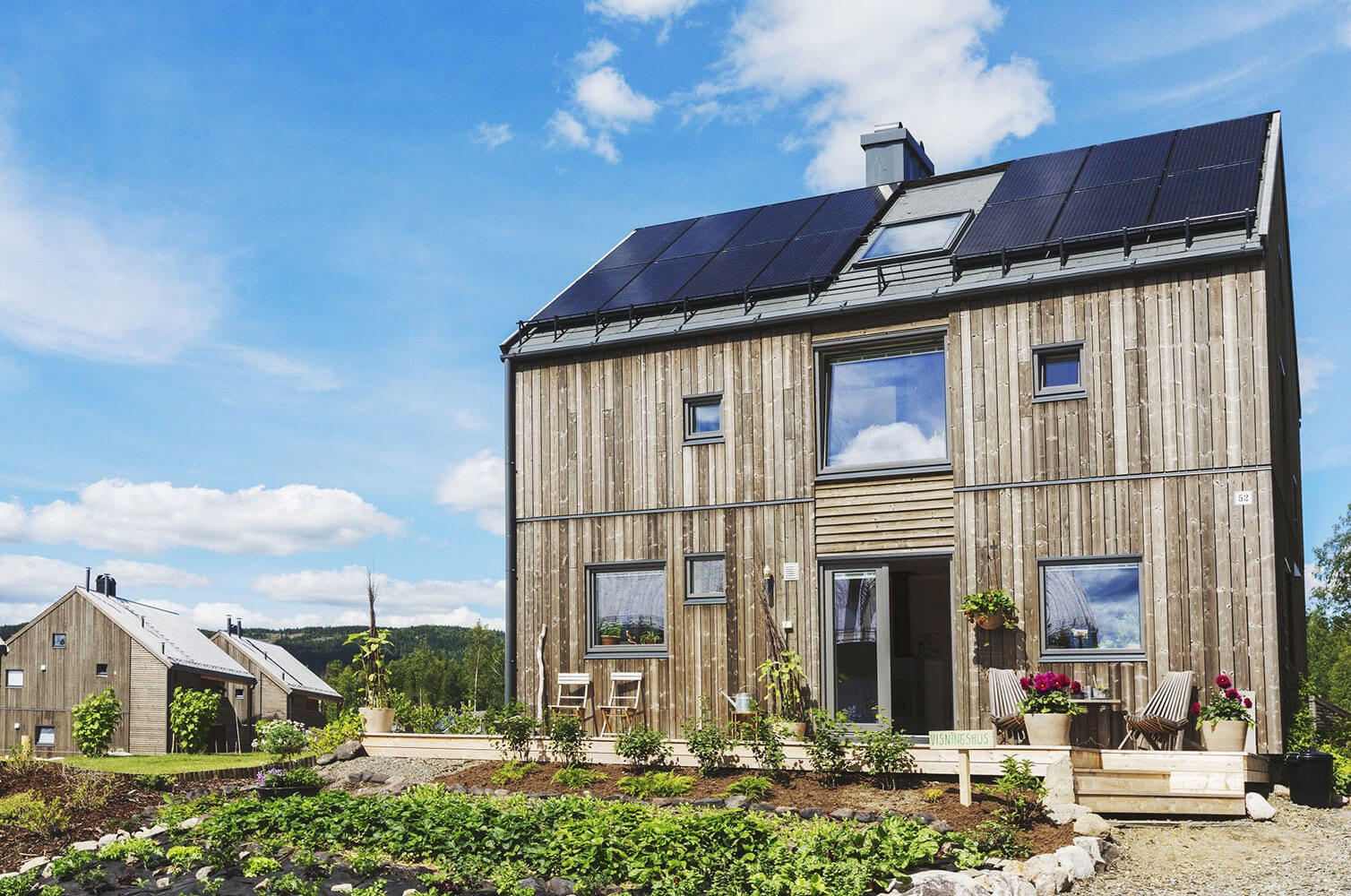 VESPER HOMES arrives at the real estate market in Scandinavia

Michal Šopík with his team builds and constructs in the far north and for the first time encounters soapstone stoves. Bearing a few ideas in his head on how to improve the homes of future clients, he returns to the Czech Republic.

by Michal Šopík focusing on the design and construction of individual wooden buildings.
1989 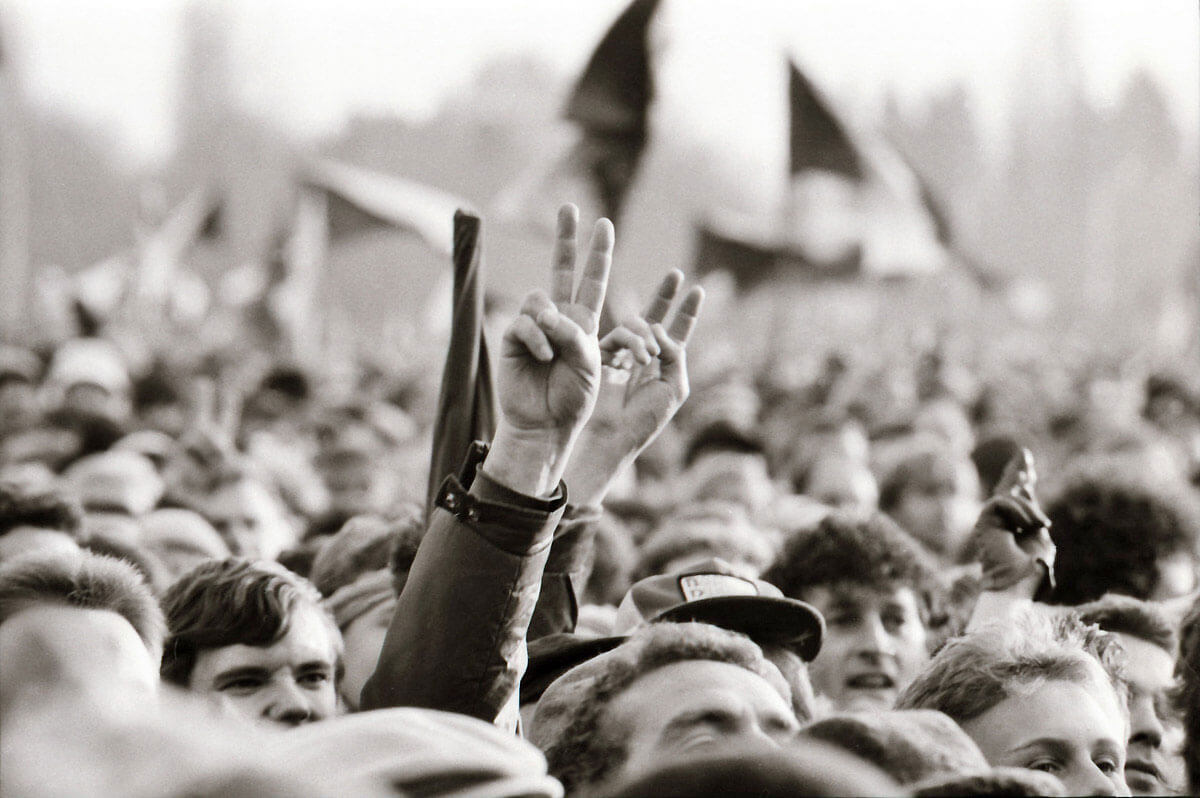 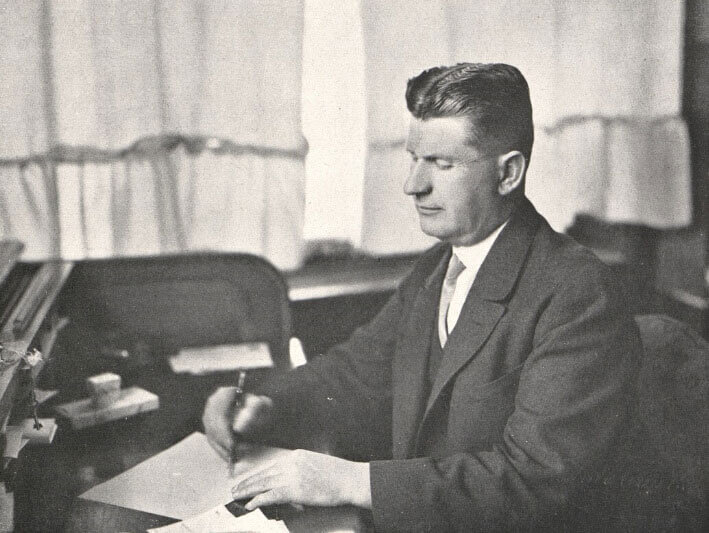 The values which this native of Zlín held are very close to our hearts. 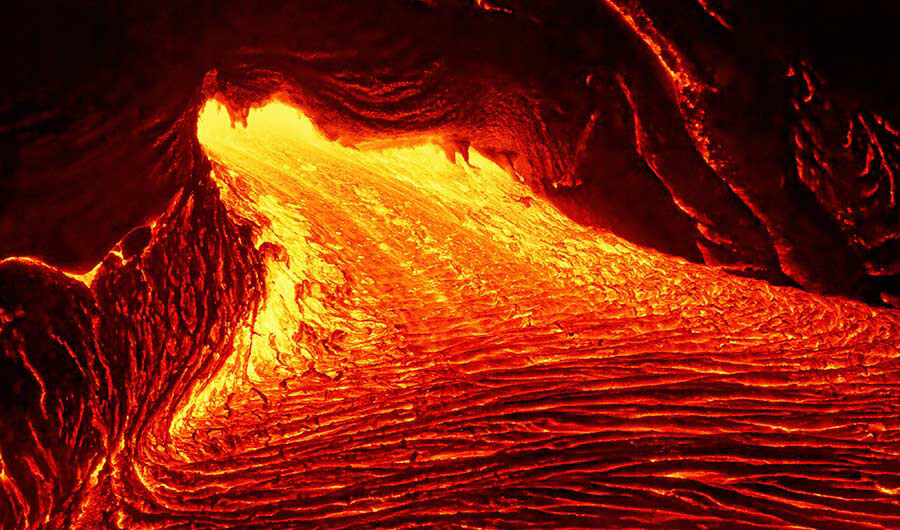 This approximate date marks the origin of soapstone in our deposits. The stone from which we create Akustone stoves for you. 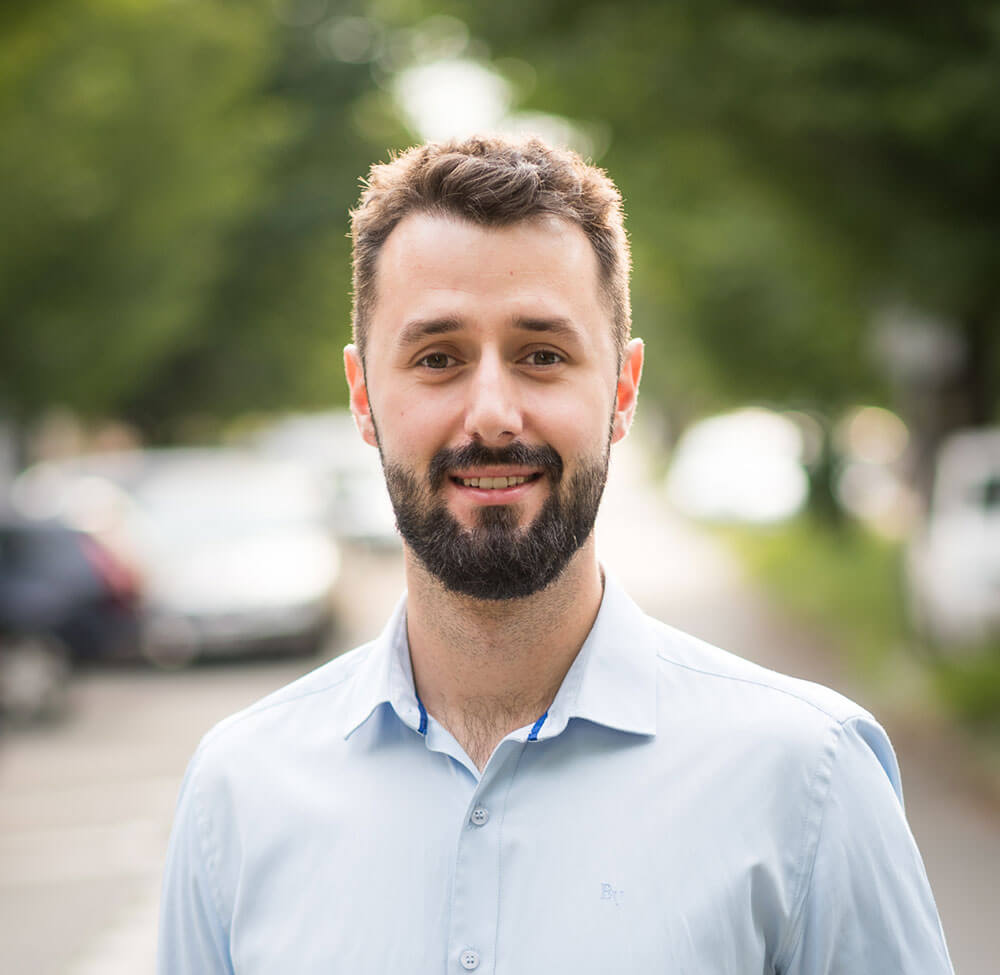 Jakub was too modest in his writing about himself. So I (Michal Šopík) have to tell you.

If there is anyone that should belong on the Forbes 30 Under 30 list, then it’s definitely this young lad. Why? So let’s start from the beginning. He was a rock enthusiast since he was young. I don’t mean diamonds, he actually began his geological journey working part-time in a shop selling garden rocks. But he certainly didn’t think he’d end up as a sculptor. Yes, a sculptor. Because the model FX, which is the icon of Akustone, was his idea. “Yeah yeah, nice fairy tale you got there, haha. Still young but already a genius, there’s no way.” I don’t want to talk drivel, I’m just saying that the rule of when the student is ready, the teacher will appear has worked.

A quick recap of the portion that Jakub, fascinated by soapstone and stoves, put on his plate. After some initial setbacks, when Jakub left Akustone for a few months, he’s back with the stove development team. He sits next to designers and meditates, making changes, trying out the best possible shapes, proportions and technical features. He does so in such a way that the result is the perfect product.

After a year spent on the drafting table, creating models, exploring VR and various simulations, his first stove design goes into production. He tests them in different variations and gets them certified afterwards. The result? Akustone achieves all the market’s eager certifications, and a few extra bonuses. For example, we have the ECO-DESIGN label.

Is that enough? No, it’s not enough. It’s one thing to have a product. It’s another thing to bring the product to market and begin trading. Neither in this domain has Fojťa fallen behind. He went from developing and testing stoves, doors, grates, slides and other gadgets to do business. From the ground up. He began by pounding the pavement, explaining and spreading the word. I’ve never heard anyone speak so passionately and with academic proficiency about something as “ordinary” as a stove. Gradually, he is building the important processes of what will surely be a successful company.

We’ll save the story of how he quit his academic career, his PhD, and got attached to Akustone for another time.

Where does he get all that energy? Sincerely, I don’t know, you’ll have to ask him yourself. I only see interest and joy in work and every “tiny” success. Where at the end of the day, what you, our clients, see is the perfect product. Not only aesthetically (the sculpture), but also utilitarianistically and functionally perfect. A fairy tale.

My mission of Akustone began in 2013 when Czech designers and builders of wooden buildings were contracted to build several passive house development projects in Scandinavia. Where the only source of heat was some kind of mysterious stone stove. At that time, I knew nothing about soapstone, except that it was at the top of the hardness scale.

I was so enchanted by this phenomenon of accumulation stoves, which do not strip you down to your underwear after half an hour of heating and can keep the house warm for dozens of hours, that we wanted to supply them to all low-energy and passive buildings. As an ingenious heat source and accumulator in one.

However, there were some obstacles in our path. We wanted a stove with a design and structure that met the requirements we were familiar with from residential construction. We were turned down everywhere. So we decided that it is time to develop our own.

We did it! And so we can offer you as the only Czech manufacturer a product of world-class criteria inspired by real life and real usage.

Ps.: The greatest gift you can receive from another is their time. Akustone stove gives you a lot of time that you would otherwise have to spend worrying about reheating. 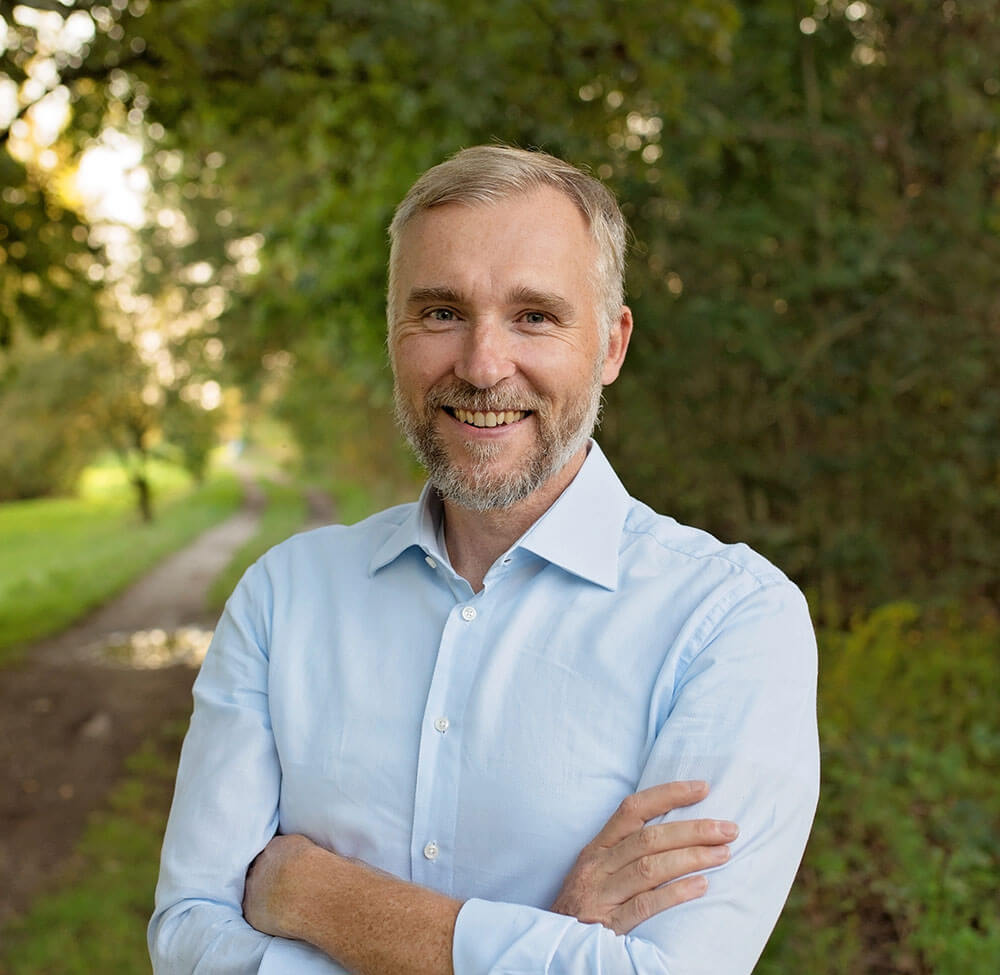 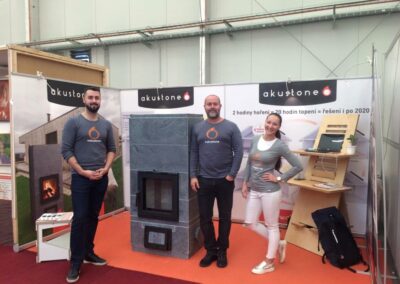 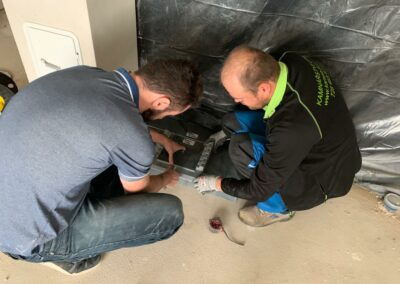 The first realization – the foundation of the stove

The first realization – the foundation of the stove 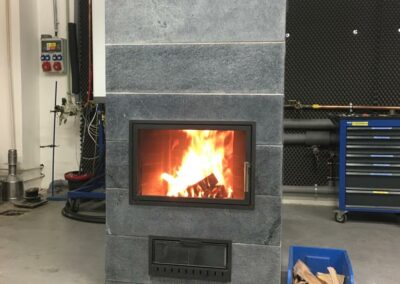 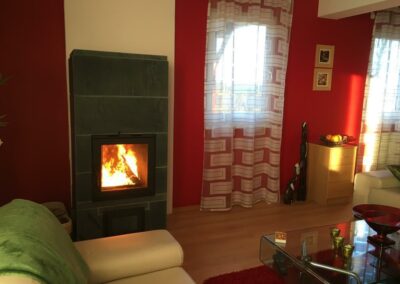 Realization of model 2 through a continuous furnace

Realization of model 2 through a continuous furnace 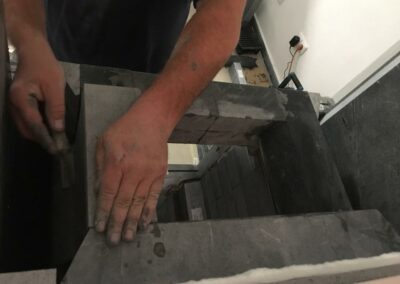 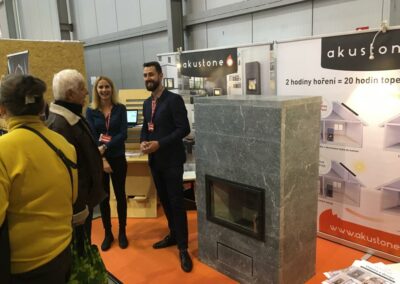 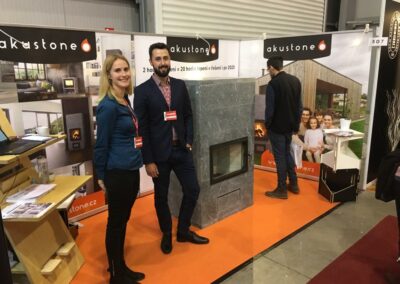 FOR-THERM 2020 trade fair – this time with a new series

FOR-THERM 2020 trade fair – this time with a new series 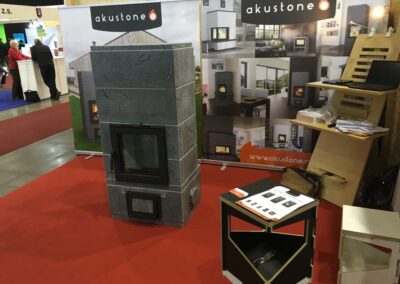 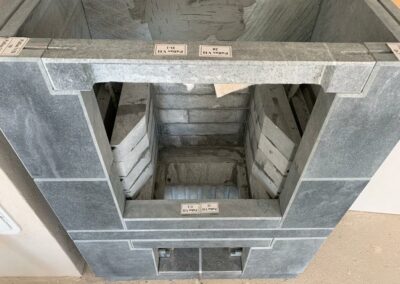 A look into the construction of the Pallas model talc fireplace

A look into the construction of the Pallas model talc fireplace